Why Diet Matters In Covid-19

Dr. Arnold R. Eiser, MD wrote an Op-Ed published in MedPage Today January 30, 2021, where he discusses the notion that diet has a significant effect on COVID-19 lethality. He questions that the degree to which a person’s diet is inflammatory may determine if it is a lethal disorder.

When COVID hit, he had a mild case himself, and then he began thinking that the risk factors for COVID mortality were the same risk factors for dementia-- aging, insulin resistance, obesity, and minority status.

Dr. Eiser came to this notion due to his background in studying the development of neurodegenerative disorders and dementia-related to environmental and dietary factors. He first identified environmental factors contributing to Finland's excess mortality from dementia that included methylmercury in its waterways, mycotoxins from moldy buildings in a humid cold environment, a toxin, BMAA, produced by cyanobacteria better known as blue-green algae being generated now by global warming and excess nitrogenous wastes, and a deficiency in Finnish soil of a micronutrient crucial in the defense of neurons, selenium.

He points out that prevention of dementia is not an event awaiting a great pharma breakthrough but is already possible through consumption of non-inflammatory diets, such as the Mediterranean diet and its cousin the MIND Diet developed by the Rush Prevention University Center. He also co-authored an article detailing the extracranial factors in the development of dementia. These include declining liver detoxification and synthesis potentially worsened by the American diet, a dysfunctional gut microbiome, endocrine abnormalities including dehydroepiandrosterone, DHEA, deficiency and insulin resistance, and alterations in the immune system from aging known as inflammaging. Since inflammatory cytokines play a crucial role in the pathogenesis of dementia, this made him think of them with regard to COVID and diet as well.

COVID even has a neurological component, toxic encephalopathy among others, but with rare exception, most journal editors did not want to even consider it for publication. Dr. Eiser thought that while we are living through a dangerous pandemic such casual dismissal seemed a bit insensitive to the crisis at hand. Finally, after persisting and revising, the Journal of Alternative and Complementary Medicine Published It Online In December. Some of his medical colleagues acknowledged its recommendations had some merit as did some integrative physicians.

But the medical establishment still preferred to ignore it. One of his colleagues pointed out if it doesn't get published in a handful of leading medical journals, the establishment ignores it. Is it time to expand the perspectives that get heard and discussed?

By the way, it's well to remember that messenger RNA vaccine technology was originally an outlier too. The researcher who led the way in developing it, Katalin Kariko, Ph.D., originally began this line of research in her native Hungary but continued it here at the University of Pennsylvania. She and her colleague, Drew Weissman, ran into skepticism about this approach and experienced numerous rejected grant proposals before solving a major stumbling block.

Consuming a diet that minimizes inflammation may improve health with regard to many different disorders, including COVID, and also is likely to reduce the prevalence of dementia, cardiovascular diseases, inflammatory diseases, and even some cancers. But dietary research is considerably less glamorous and less attractive in the U.S. to scientists and researchers because it takes longer to complete, is funded to a lesser degree, and may lack the panache of other types of research.

Changes May Pay Off

While there is some reason to move slowly in modifying how research is funded, some changes may be beneficial. Isaac Asimov the writer and biochemist, once said, "Your assumptions are your windows on the world. Scrub them off once in a while, or the light won't come in." Let the light of the importance of diet research shine brightly into the medical world. Then we can stop being tremendous outliers in healthcare expenditures -- around 18% of GDP in the U.S. while the rest of the Western world is around 12% or less. Then we may have more research dollars available for the less fashionable research concepts and approaches. Can we afford not to pursue this line of research?

Arnold R. Eiser, MD, MACP, is a professor emeritus of medicine at Drexel University College of Medicine and an adjunct fellow at the University of Pennsylvania's Center for Public Health Initiatives. 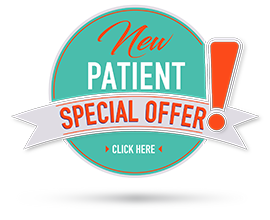